Bicycle Accident Fatalities Increase in Virginia and Around the Nation

In August 2017, the Governors Highway Safety Association (GHSA) released a new report, A Right to the Road: Understanding & Addressing Bicyclist Safety. The report found that in the United States:

One of the common causes of these fatal bike crashes is that the motorist fails to see the bicyclist in time to stop. 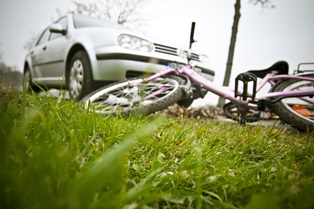 The GHSA report also provided 30 specific steps that states and local communities can take to prevent future bike accident tragedies. One of these steps is to improve the quality of the data that government releases about fatal bike accidents. This additional information can help everyone understand why, where, when, and how these crashes are happening and how they can be prevented in the future. This information can also be used to further some of the other suggestions in the report such as providing additional training for police officers and creating effective public safety campaigns.

How to Support the Families of Fatal Bike Accident Victims

After a fatal bike crash, the families of the deceased are left grieving and forever changed. Our attorneys work hard to help families after a loved one dies in a Virginia bike accident. While we can’t take away their grief, we can investigate the incident, so that the true cause of the crash is known, and we can fight to get them the fair financial recoveries they deserve. If you know someone who has lost a loved one in a Virginia bike crash, please have them contact us today via this website or by phone to schedule a free, no-obligation consultation.