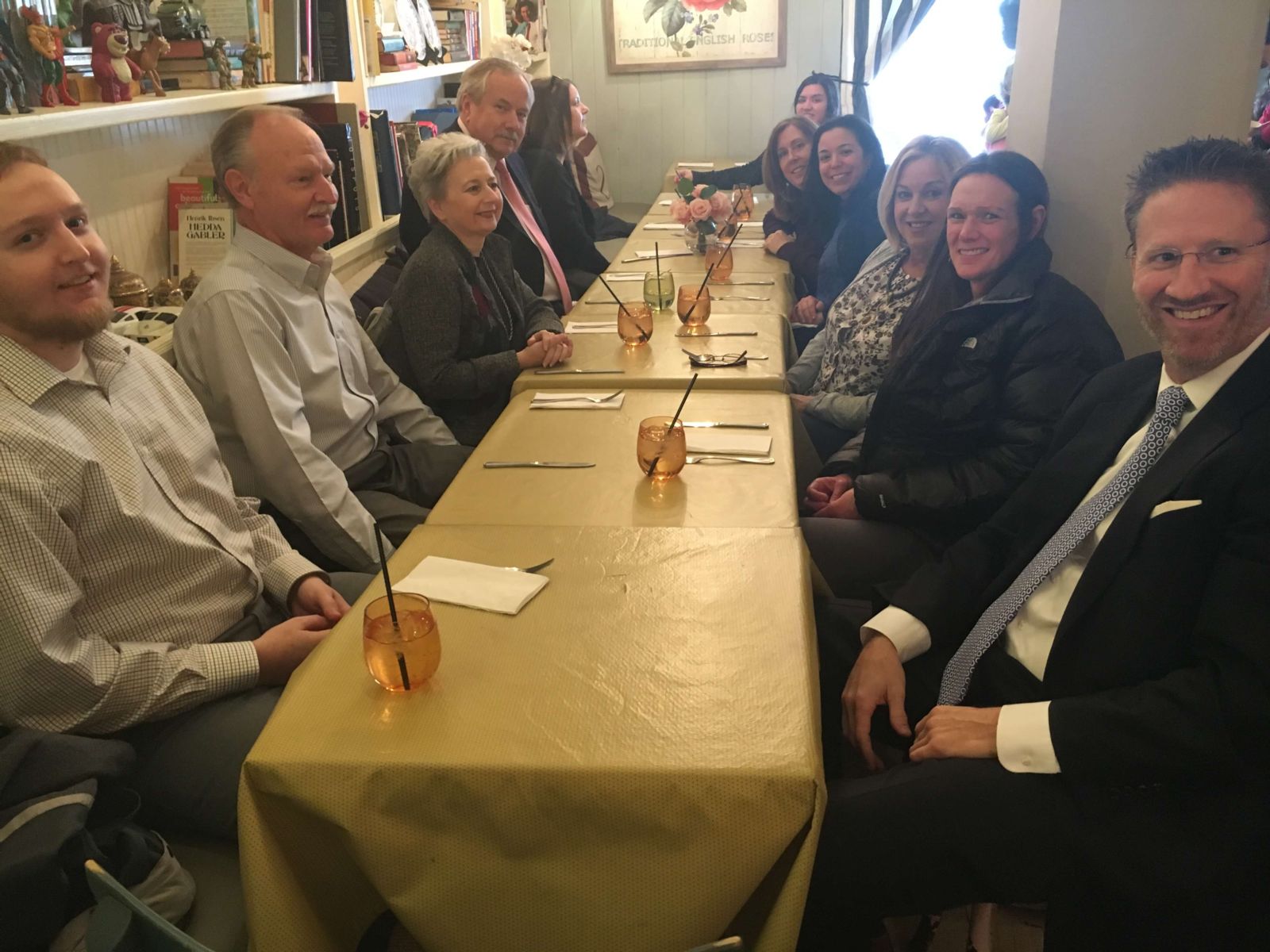 We had lunch at Sister's Thai to celebrate (and mourn!) the retirement of our Office Manager Mary Hacker, who has been with us for 24 years. Mary, the office won't be the same without you!

Mary started at the firm in 1995 in the same building that we operate out of today.  She has served as the office manager and full-charge bookkeeper since that time.  Her professionalism and attention to detail have kept the firm on a steady course for over two decades.

Lewis, Wilson, Lewis & Jones became Fricker & Freeman, PC in 2001.  In 2005, Fricker & Freeman merged with Miller, Kearney, Geshickter, Fogarty & Joshi and formed, Kearney, Freeman, Fogarty & Joshi, PLLC.   Mary was instrumental in ensuring that all of the changes went through without a hitch.  She has been responsible for employee management, human resources, payroll, profit & loss, balance sheets, as well as numerous different billing systems and software. She is an invaluable asset, a great friend, and will be missed dearly.

We wish her the best in her retirement!