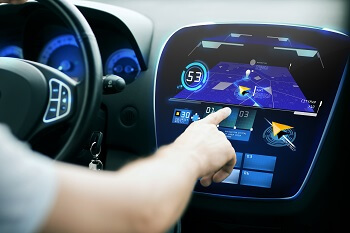 The National Highway Traffic Safety Administration (NHTSA) is a federal agency tasked with ensuring motor vehicle safety and preventing crashes on American roads. This is a daunting mission—and as a result of its broad mandate, the NHTSA also has broad authority to regulate the ways in which vehicles are manufactured and the ways in which motorists are allowed to operate them. In 2016, the NHTSA proposed a second phase of voluntary guidelines to help reduce distracted driving accidents, and it’s important to understand how these guidelines affect you, especially if you’re in a wreck with a distracted driver.

In an effort to reduce the rate of car accidents caused by distracted driving, the NHTSA released voluntary guidelines for auto manufacturers in 2013. These guidelines were created in an attempt to get auto manufacturers to think more seriously about their critical part in distraction-related safety.

Because a car’s electronic devices and features can act as a visual, manual, and/or cognitive distraction, the NHTSA proposed guidance to automakers to help them develop in-car devices customers wanted but that didn’t disrupt their attention or distract them. The agency recommended many changes, including:

The NHTSA Prioritizes Smartphone Safety in the 2nd Phase of Recommendations

In November 2016, the agency announced another phase of proposed guidelines. While phase one focused on making a vehicle’s native manufactured devices safer, phase two proposes voluntary guidelines designed to encourage portable and aftermarket electronic device developers to design products that reduce the potential for driver distraction, including:

In a recent congressional hearing, the NHTSA’s David Strickland indicated that the Motor Vehicle Safety Act grants the NHTSA the power to regulate smartphones and other devices used in vehicles. Some have expressed concern over this issue, claiming the government may be overstepping its boundaries. Although the agency has not yet released regulatory restrictions for the creation and use of distracted apps while driving, it may do so in the near future.

No matter how this plays out, the NHTSA continues to encourage all drivers to do their part by completely stowing devices when possible and always wearing seatbelts to protect against distracted drivers who may cause an accident.

Turn to an Attorney for Help

If a distracted driver injured you in an accident, it’s important to contact an attorney. Virginia’s fault laws may complicate your fair recovery, but the team at Kearney, Freeman, Fogarty & Joshi can use solid evidence to prove the other driver’s liability for your injuries and property damages. Call today to begin a conversation with us.