Injured Passengers Are Entitled to Compensation

The first step in receiving compensation for your injuries is to determine who is at fault for the accident. As a passenger, you may have a claim against the insurance coverage of the vehicle driver who caused the wreck, as well as the vehicle owner—because both are responsible for the passengers in their cars.

If there are two drivers considered to be at fault for the accident, you may collect from both of them. The ability to pursue a claim against both drivers is particularly important when your damages exceed each driver’s insurance policy limits. Filing a claim against both drivers will allow you to collect the maximum amount permitted under both insurance policies. However, you are only allowed to collect up to the total amount of your claim. If multiple passengers are injured during the accident, each passenger will need to file his own claim with the drivers at fault. Since it’s likely that this combined amount of compensation will exceed insurance policy limits, you may have to settle for more modest damages. 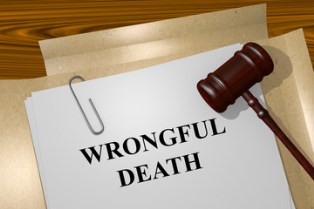 When a passenger is killed in a vehicle accident, his survivors are entitled to pursue a wrongful death claim. Any accident can result in a fatal injury, but some wrecks are particularly dangerous. These include rollover accidents, crashes occurring at high speed, and head-on collisions. According to the Virginia Department of Motor Vehicles, 132 passengers were killed in motor vehicle accidents during 2015. If the driver is deceased, his estate may be held liable for the passenger’s death in a wrongful death action. To prove a wrongful death claim, you must demonstrate that someone other than the deceased was at fault for the accident, prove your relationship to the deceased, and show that the death of your loved one will result in a monetary loss.

Fatal vehicle accidents often lead to devastating financial consequences for the family of the deceased. His loved ones have the right to pursue compensation for funeral and burial expenses, medical costs incurred prior to the victim’s death, income that would have otherwise been earned by the decedent, pain and suffering, and punitive damages. Only certain family members, known as “statutory beneficiaries,” are entitled to share in any recovery. These include the deceased person’s:

If you’ve been injured as a passenger in a vehicle collision, you’re the victim of at least one driver’s negligence. You have the right to pursue compensation for your injuries and resulting pain and suffering from one or both drivers. Contact the vehicle accident attorneys at Kearney, Freeman, Fogarty & Joshi, PLLC, by using the form on this page.