Receiving Compensation for Injuries Sustained in a Bridge Construction Zone

A great number of our nation’s bridges have been determined to be unsafe, even though motorists continue to drive across them every day. According to the Federal Highway Administration (FHWA), there are about 18,000 fracture-critical bridges across the United States. These bridges are at risk of collapsing quickly should a steel member fail due to a lack of redundancy. It’s a complicated problem to repair these bridges, and construction can be dangerous for both motorists and construction crews. 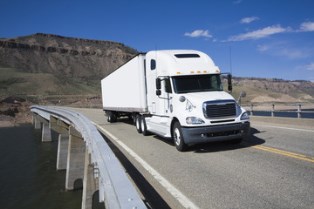 The United States has 614,387 bridges, and nearly 40% of them are more than 50 years old. Most of these bridges were designed to have a 50-year lifespan, so many of them need major rehabilitation or retirement. Over 9 percent of America’s bridges were structurally deficient in 2016, with an average of 188 million trips being made across a structurally deficient bridge every day.

A bridge may only be capable of handling traffic up to a particular weight or speed, requiring the posting of a load restriction. One out of 10 bridges had such a restriction in 2016. Posted bridges can significantly increase driving time for larger vehicles, acting as choke points and causing additional road congestion. Bridges that are incapable of meeting current traffic demands are considered functionally obsolete. Over 13% of bridges in the United States fall into this category.

Bridge Repairs Can Be Dangerous

Recently, governments at all levels have prioritized bridge repair. The federal government estimates that $17.5 billion was spent on bridge capital projects in 2012—with $6 billion from the federal government and $11.5 billion from state and local sources. This is a significant increase from the $11.5 billion spent on bridges during 2006. Investment in bridges increased in 2009 and 2010 due to the influx of additional funding from the American Recovery and Reinvestment Act, and it peaked at $18 billion spent in 2010.

The reduction of lanes in construction zones frequently results in slowed traffic and increased collision risk for those who fail to slow down in time. Obstacles on the roadway frequently cause accidents, particularly within the narrow confines of a bridge. These hazards often put construction workers at severe risk of injury. With heavy equipment everywhere and impatient drivers who sometimes act irresponsibly, the potential for serious accidents is very real.

The primary causes of roadway worker injuries in recent years include:

If you’ve been injured while working in a construction zone, you may be entitled to compensation for damages through a personal injury claim. Contact the construction accident attorneys of Kearney, Freeman, Fogarty & Joshi, PLLC to discuss your situation.