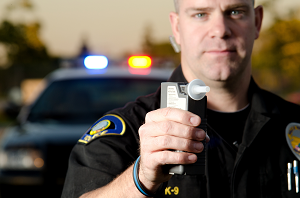 If you’ve been convicted of driving under the influence (DUI), the state of Virginia may require you to install an ignition interlock device in your car. Although these devices are expensive and embarrassing, they effectively reduce re-arrest rates after installation, according to the Centers for Disease Control and Prevention (CDC). It’s important to know what an ignition interlock is, how it works, who must get one, and how an attorney may be able to help in your case.

An ignition interlock is a small, plastic device with a tube into which a driver must exhale before starting the vehicle. The device connects to a car’s computer and electronic system, giving it full control over the start mechanism or ignition. A device must be installed by one of the four approved providers in Virginia, and the offender must have the device maintained each month to ensure proper working condition.

Just like a breath test in a DUI stop, the ignition interlock requires the driver to exhale into the tube attached to the device. It measures the alcohol content in a driver’s breath to compute whether or not he is sober enough to operate a vehicle. It’s also important to know that:

First-time DUI convictions are frustrating and expensive. Although Virginia law mandates a first-time offender to have an ignition device installed, there is an alternative in some cases: agreeing to a revoked license for a year. Even if you choose to forego installing the ignition device, have your license revoked instead, and not drive for that entire year, you must still pay a reinstatement fee to the Virginia Department of Motor Vehicles (DMV), produce proof of insurance, and retake a driving test. However, typically, Virginia requires a first-time DUI offender to:

Ignition Devices Are Embarrassing and Expensive

Interlock devices have become more compact since their inception, but it’s still obvious to passengers and passersby when a driver must use the device to start his vehicle—which can be embarrassing. To use the device, a driver must:

Additionally, to have an interlock device installed is no easy feat. A driver must make an appointment with an approved company, have all correct paperwork prepared and organized, and pay to have the device installed in one or more vehicles. Though initial installation is usually free, the cost per month for monitoring could range from $75 - $80 per device.

If you were recently arrested for a DUI, you need the help of an experienced attorney. At Kearney, Freeman, Fogarty & Joshi, we have decades of experience defending clients and achieving a positive outcome. To speak with a member of our team, start a live chat on our website.