For most teenagers, getting a driver’s license is a rite of passage that allows them a greater level of independence. Parents may feel anxiety and fear as their children take to the road, worrying about the risk of serious injuries if they’re involved in a car crash. According to the National Highway Traffic Safety Administration (NHTSA), motor vehicle wrecks are the leading cause of deaths of teens and young adults between the ages of 15 and 20. In 2014, 2,679 of these young drivers were involved in fatal wrecks, and 123,000 teens were injured. However, Virginia law has implemented a requirement that helps emphasize to young drivers that driving is a privilege and not a right. 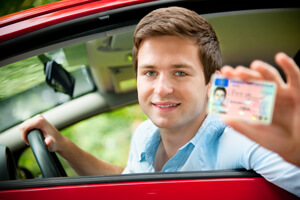 Unlike most other states that allow teenagers to obtain their license at the Secretary of State office or through the mail, Virginia law requires that they attend a ceremony at the local courthouse to secure their license. This hearing is a solemn affair and usually occurs within the last 30 days of the teenager’s temporary license. The purpose of this hearing is to educate new drivers on the risks they face of causing or being a victim of a tragic crash, as well as promoting responsible driving. According to a Washington Post report, a recent ceremony included the following:

Katherine Fogarty’s Unique Perspective as an Attorney and Parent

KFFJ partner Kate Fogarty recently attended one of these ceremonies with her 16-year-old daughter and had this to say about the experience, “For years I have represented people injured in accidents involving teen drivers and well know the dangers faced by teen drivers, their passengers and others on the road. It was quite different to sit in the courtroom as a parent of a young driver and listen to the police officer and judge talk about the dangers of inexperienced drivers and statistical information regarding the number of accidents involving teen drivers.”

Kate goes on to say, “It certainly gave me pause and created an opportunity to discuss safe driving behavior and my expectations with Cara. I believe it is a good program that reminds parents and teens of the dangers inexperienced drivers face, as well as create, on our roads.”

Keep Your Teen Safe: Join the ‘5 to Drive’ Campaign

National Teen Safety Week is October 16-22, 2016. The NHTSA encourages parents and guardians of young drivers to spend time discussing safe driving practices with their teen drivers and to use the ‘5 to Drive’ Campaign rules to guide the conversation. This campaign outlines the five most deadly and dangerous practices teen drivers should avoid:

The Allstate Foundation also encourages parents to discuss driving safety with their teens, so they make smart choices when they are behind the wheel and are passengers with other young drivers. To help start the discussion with your child, the Allstate Foundation created a Parent-Teen Driving Agreement. It can also be utilized as a contract between parents and their teen driver on important issues such as seat belt use and speeding, as well as linking good grades in school to driving privileges.

Even if you teach your new driver to be responsible when behind the wheel, he could be involved in a crash. If your teen was injured in a crash caused by a negligent motorist, call our firm at 877-652-1553 to schedule a free case evaluation with our experienced car accident attorneys.