Protecting Your Claim Following a Virginia Car Accident: What to do If the Police Say You're Partially at Fault

Virginia has harsh driver negligence laws for those at fault for a car accident. If you are named as the at-fault party, even if you are only partially responsible, it is unlikely you will be able to receive damages for a car crash. If a  police report states that you are partially at fault, the other driver’s insurance company can use the judgment against you, making it more difficult for you to recover any damages.

How Is Fault for a Car Crash Determined by Virginia Law? 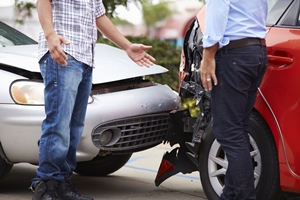 Fault can be determined by a combination of three factors:

What Can Damages Cover?

Damages can cover most accident-related medical bills and property damages. In addition, victims of driver negligence may recover damages for:

How Can I Help My Case?

Even if a police report states that you’re at fault for the accident, there are still ways to protect your case. In order to help your attorney defend your innocence as effectively as possible, you can:

What Happens If I’m at Least One Percent at Fault?

There may still be a chance that you can recover damages for a car accident, even if you’re found to be partially at fault. This can be decided under the “last clear chance” doctrine, which is used to determine which party had the last opportunity to avoid the accident. If the other driver had the last chance to avoid the accident but failed to do so, for whatever reason, you may still be able to recover damages. Contact the law firm of Kearney, Freeman, Fogarty, and Joshi to discuss your case, even if you were found partially responsible.