What biases do people have against motorcyclists?

Motorcyclists face unique challenges if they are involved in an accident while riding their cycles. One of those challenges is the bias people have about motorcyclists in general. Law enforcement, insurance companies, and those who witnessed the accident often stereotype bikers, assuming they behave in a careless manner, are reckless, and are irresponsible on the road. These prejudices can affect your claim and your ability to obtain fair compensation. 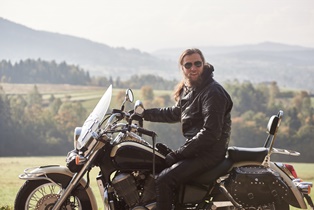 Reasons Behind Motorcyclist Bias in VA

There are certainly many factors that contribute to the bias against motorcyclists, but some of the most common include:

How Motorcyclist Bias Can Affect an Accident Claim

If you or someone you love suffered injuries in a motorcycle accident, the attorneys at Kearney, Freeman, Fogarty, & Joshi, PLLC will review your case and discuss how bias may influence it. Our legal team has helped many motorcyclists address this unfair prejudice to obtain the compensation they needed to recover as fully as possible after a crash. Call our Fairfax office, or take a moment to fill out the contact form on this page to learn more about how we may be able to help.