What is the legal definition of aggressive driving? 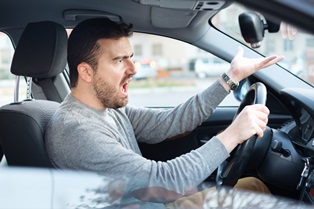 Aggressive Driving Is Defined in Section 46.2-868.1 of the Virginia Code

According to Section 46.2-868.1 a driver is guilty of aggressive driving if:

In addition to violating one of these laws, a driver must have presented a hazard to another person or committed the violation of the law with the intent to harass, intimidate, injure, or obstruct another driver.

If You’ve Been Charged With Aggressive Driving

If you have been charged with aggressive driving, you not only face jail time and a fine, but you also face a criminal conviction that will be on your permanent record. This could impact your future.

Remember that an aggressive driving charge is not a simple traffic ticket. Instead, you have been charged with a crime. Therefore, it is important to take this criminal charge seriously and to contact Kearney, Freeman, Fogarty & Joshi as soon as possible. Our lawyers will make sure all of your rights are protected from the time you contact us until your case is resolved.