What are some common defenses for a DUI charge?

Drunk driving is one of the most common offenses committed, but offenders aren’t caught every time. In fact, Mothers Against Drunk Driving (MADD) reports that the average offender drives under the influence over 80 times before an arrest. However, if you’ve been pulled over and charged with driving under the influence (DUI), it’s important you understand the defenses a lawyer can use in your case and the possible penalties you face.

You Can Challenge Your DUI/DWI Charges 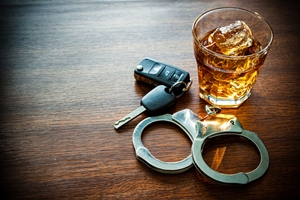 Virginia comes down hard on those who choose to drive drunk, and if you’ve been arrested, you may be worried about your future. Although the consequences of a DUI/DWI conviction are serious, an experienced lawyer can challenge the charges—potentially minimizing the penalties. Possible defenses an attorney can use include:

Virginia Is Strict on DUI/DWI Offenses

Virginia law is tough on DUIs, even for a first offense, for which the penalties could include license suspension or revocation, fines, and a recorded DUI on your criminal record. However, if you’re arrested on a second, third, or fourth offense, the penalties increase. Fines could double or triple, you could face mandatory jail time, and you could lose your license permanently.

If You’ve Been Charged With a DUI

Since Virginia is harsh on DUI/DWI offenders, it’s crucial you don’t attempt to handle your case on your own or simply accept penalties without a defense. An experienced lawyer can help answer your questions and walk you through the process of eliminating or downgrading your DUI conviction. The legal team at Kearney, Freeman, Fogarty & Joshi can do just that. Call us at 877-652-1553.