What happens if I’m charged with domestic assault and my spouse won’t cooperate with the government? 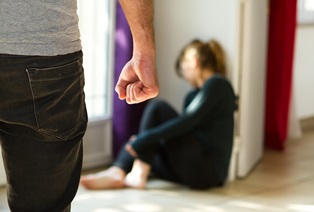 To be convicted of domestic assault, the government must prove its case against you beyond a reasonable doubt. Often, this includes using your spouse’s testimony. However, some assault victims recant their accusations and statements to the police because they fear future retaliation from the abuser or out of a sense of guilt. Even if your spouse recants her statements or refuses to provide testimony, the government may build its case by providing evidence, including:

It’s likely that your spouse has valuable testimony about the abusive incident or ongoing domestic violence that the Commonwealth of Virginia wants to use in the case against you. If your spouse refuses to cooperate, the Commonwealth may lose powerful testimony, but it may still win its case.

Talk to a Criminal Defense Lawyer About Your Rights

If your spouse recants her testimony or refuses to cooperate with the government, it is still important that you to take domestic violence charges seriously and talk to a Fairfax criminal defense lawyer as soon as possible.

If you are convicted of domestic assault in Virginia, you could spend time in jail, pay a significant fine, lose any job-related security clearance, and possibly lose your job. Contact the criminal defense lawyers of Kearney, Freeman, Fogarty & Joshi to learn more about your rights and to make sure your rights are protected.