Key Differences Between Assault and Battery 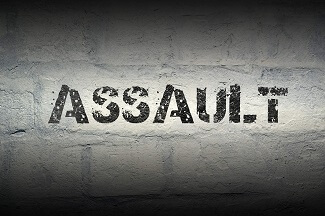 ​If you’ve been charged with assault and battery, it’s likely you were involved in a violent, physical altercation with another person. If you were charged with simple assault, which is often a misdemeanor, it means you were only responsible for minor injuries such as slapping or pushing someone or a “limited threat of violence.” However, it’s possible that just your words may leave you with an assault charge. If you’ve been charged with assault, battery, or both, it’s important to understand exactly what you’re being accused of, what penalties you may face, and what defenses an attorney may be able to use in your favor.

Assault and battery charges occur when someone causes intentional harm to another. You may be charged with assault, battery, or both—but they are, in fact, different charges, and it’s important to know the differences.

In general, assault is a threat—verbally or by physical intimidation—that physical harm will take place. For a person to be charged with assault:

Again, it’s important to note that no physical contact has to be made for assault to occur. A simple verbal threat or even aggressive body language may be enough to charge someone with assault. However, if physical contact was made, that’s when it becomes a battery charge.

Virginia defines battery as touching or making any contact, either willfully or out of anger. A battery charge can include:

Whether you’re charged with simple assault or with both assault and battery, the penalties can include:

Penalties increase if the assault is against a family member, is a hate crime, or targets a member of law enforcement. Assault charges can have a significant impact beyond the penalties that are part of a potential sentence. In addition to the possibility of jail and fines, domestic assault cases can carry restrictions that limit how you are allowed to interact with your family. Additionally, if the victim acquired medical expenses as a result of the event and your charges stick, you may be responsible for covering those costs. It is essential that you have a lawyer to protect your rights.

How an Attorney Can Defend You

An Attorney May Be Able to Help You Beat the Charges

When you are facing assault and battery or domestic assault charges, you need a lawyer to help ensure a positive outcome. Penalties could affect your finances, your job, and your family life. Turn to our team of experienced criminal defense attorneys at Kearney, Freeman, Fogarty & Joshi. To schedule your free initial consultation or find out more about our firm, call our toll-free number today.