The Danger of Using Prescription Drugs While Driving

Drivers who get behind the wheel while using alcohol and/or illegal drugs pose significant dangers to others on the road. However, drivers using prescription drugs can create similar risks. 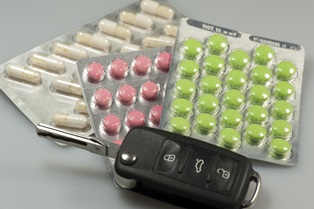 The Risks Associated with Drugs and Driving

A 2017 study published in the Journal of Studies on Alcohol and Drugs found that about one in five drivers had taken prescription drugs that could impair the ability to drive safely and that most of these drivers had been warned of the risks. More specifically, the study found that approximately:

Drivers who are taking prescription drugs that could interfere with their ability to concentrate or their ability to respond to an emergency situation are creating dangers for themselves and for others.

A driver who operates a vehicle under the influence of prescription drugs may be responsible for any accident resulting from his negligence behind the wheel. A driver may avoid prosecution because he was not under the influence of illegal drugs; however, he may still be found liable in a civil lawsuit if that driver’s negligence caused the accident.

If you are involved in a crash with a driver who was negligent, it’s important to determine if that driver was taking prescription drugs at the time of the accident. You can find out with the help of an attorney who can ask the right questions through interrogations, depositions, or requests for production of documents.

In a car crash case, your lawyer will need to prove:

Once liability is established, your attorney can fight for your fair and full recovery of damages. Damages may include compensation for your past, current, and future healthcare costs, lost income, out-of-pocket expenses, physical pain, and emotional suffering.

How to Protect Your Recovery If You’ve Been Hurt

You may not know if another driver was taking prescription drugs that influenced his ability to drive. However, this could be an important part of your car accident case, and a personal injury attorney can be instrumental in helping make this determination. To learn how to protect your rights in a drugged driving case, we encourage you to contact us via this website or by phone for a free initial consultation.