Illegal drug possession in Virginia, Washington, D.C., and Maryland carries stiff penalties and can have devastating consequences, even for a first offense. Possession of just a small amount of marijuana may result in a misdemeanor conviction, creating a criminal record that can limit future employment and educational opportunities. Felony charges stemming from the possession of other controlled substances such as cocaine, heroin, or methamphetamine may lead to a conviction involving serious prison time. 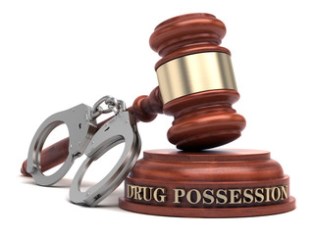 Virginia Code 18.2-250 criminalizes the possession of a controlled substance if you lack a valid prescription. In Virginia, a drug must be within your control for you to be considered in possession of it. A substance is considered to be within your control if you’re the primary individual who has access to it. This means you may be charged with drug possession for illegal substances found on your person, in your vehicle, or in your home. Courts have held that if you enter a space that did not contain any drugs when you entered, but drugs were there when you left, it can be evidence of possession.

Virginia divides controlled substances into six schedules, classifying them by their level of addiction potential and the harm they may cause:

Enforcement of Virginia’s drug possession laws is extremely aggressive, with serious long-term consequences in the event of a conviction. If you’re facing a drug possession charge, you need representation by an experienced legal professional who understands how to protect your rights. Contact the attorneys of Kearney, Freeman, Fogarty & Joshi, PLLC by using the form on this page.