Murder Charges Are Serious but Defensible

Murder and manslaughter charges can carry the harshest penalties. Lengthy prison sentences are not uncommon, and the vast majority of death sentences are for murder charges. Defending against these serious charges can require extensive preparation and investigation, so the best move is to secure effective representation as soon as possible. Additionally, it’s important to understand the penalties you may face and how your attorney may be able to defend you. 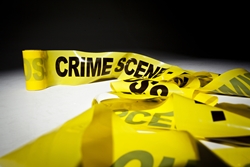 Virginia takes murder charges seriously. In fact, murder is the only crime eligible for capital punishment in the state. However, not all murders are the same legally. Different types of murder carry different penalties, and these include:

Some types of murder included in the capital categorization may appear similar to those in the first-degree. However, the main difference in these is intent. Planning a murder may mean the difference between a first-degree murder and a capital murder.

Because a murder conviction could end with such serious penalties, it’s important to consult with an experienced attorney who can investigate the facts, hear your story, and build a solid, personalized defense for your case. Depending on your version of events and what new information you may provide, your attorney can show that you didn’t have the opportunity, ability, or motivation to commit the murder and may choose to include the following in your defense:

Consult With a Trustworthy Attorney

If you’ve recently been charged with murder, it’s important to contact an experienced attorney as soon as possible. Without legal representation, you may face years in prison, serious fines, or even the death penalty. The team at Kearney, Freeman, Fogarty & Joshi is available to review your case, answer your questions, and build a solid defense for you. To get started with our firm, fill out the online contact form on our website today.