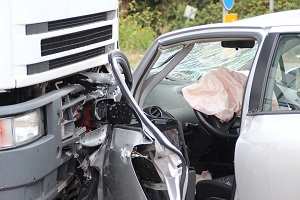 A never-before-released report recently unveiled by the National Highway Traffic Safety Administration (NHTSA) shows that between 2001 and 2006 hundreds of fatal motor vehicle accidents across the country involved non-deploying airbags. The study, reviewed by the Insurance Institute for Highway Safety (IIHS) found nearly 600 wrecks where fatalities would likely have been prevented had the airbag functioned properly. Several potential causes of the non-deployment were seen, including:

The results of the NHTSA's analysis of crash data is disturbing enough, but experts like Sean Kane, a National Crash Specialist with Safety Research & Strategies, Inc., worry that the truth is actually more tragic than originally thought. He points out that the NHTSA only looked at those accidents resulting in fatalities, and even then only examined ones where the driver him or herself was killed, in spite of the fact that the failure of airbags could have easily killed passengers while the driver miraculously survived.

Clearly, airbags are an important safety device, but for them to be truly effective, they must function properly and, most importantly, inflate at the moment an accident occurs. If you have been injured in an accident - or you have tragically lost someone you love - where the airbags failed to deploy, contact our experienced Fairfax personal injury attorneys to learn more about your rights and legal options at 703-691-8333.