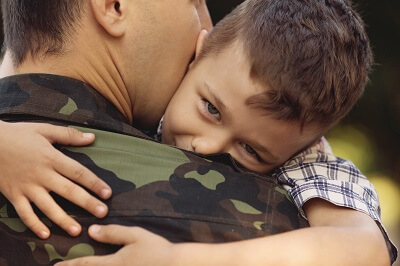 The Defense Department has determined that the divorce rate for military couples has been increasing over the past ten years. When the United States began operations in Afghanistan in 2001, the rate was 2.6 percent. In 2011, this number rose to 3.7 percent.

The military divorce process is often difficult. When one spouse is away on active duty during the separation period or during legal proceedings, the process is even more challenging.

Military divorces differ from civilian divorces in significant ways. It is essential for military couples to become familiar with the special rules that pertain to military divorces to ensure a smoother divorce process.

Former military spouses retain full benefits if they have been married to a service member for more than 20 years, if the service member performed 20 years of service, or if there was a 20-year overlap of the marriage and military service.

Division of marital property in military divorces is also governed by a different set of rules. In civilian divorces, property is divided according to the laws of the state where the divorce petition is filed. Military divorces utilize the Uniformed Services Former Spousal Protection Act, which allows a portion of the service member's retiree benefits to be paid to the former spouse.

As in civilian divorces, child support is also a key concern. Former military spouses generally receive more significant child support protection than former civilian spouses do. However, child support payments may not exceed 60 percent of the service member's income. If payment of child support becomes an issue, the former spouse's commanding officer can provide assistance in resolving the issue.

If you are part of a military couple who is considering divorce, an attorney experienced in family law can guide you through the special considerations present in military divorces, and ensure that you receive all benefits to which you are entitled. Contact our office by completing a form on our website or by calling us at 1-877-652-1553.