Enforcing laws against illegal possession and sale of pharmaceuticals is a high priority for federal authorities, including the Drug Enforcement Administration (DEA) and the Federal Bureau of Investigations (FBI). Virginia, Washington D.C, and Maryland police also prioritize prescription drug arrests—in part because the powerful addictive properties of many painkillers, sedatives, and stimulants can lead offenders to commit other crimes. If you’ve been arrested for illegal possession or sale of prescription drugs, it’s important to know the penalties you may face and how an attorney can help you. 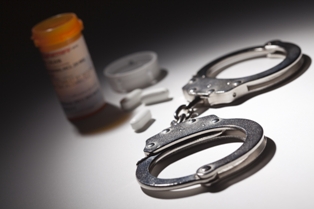 Prescription medications are included in the umbrella category of controlled dangerous substances (CDS). Although illegal drugs, such as heroin or cocaine, also fall under this classification, some prescription drugs include:

What Is Possession in Virginia?

Even if you don’t have the CDS in your hands, law enforcement can still arrest you for possession. Legally, a drug for which you do not have a prescription must only be in your control. So, for example, you can be charged for possession if drugs are found:

Penalties for Possession Are Severe

No one arrested for prescription drug possession should underestimate the consequences of conviction under complex, strict laws that apply—even if only a few pills were found. CDS fall into six schedules, based on each drug’s potential for abuse. These schedules and the penalties for possession are:

If you’ve been arrested on possession, get clear counsel from a lawyer who knows the law well and also understands prosecution and sentencing patterns in the specific court where a case will be heard.

An experienced attorney is an invaluable resource when you’ve been arrested for illegal possession of prescription drugs. While a lawyer will make sure you make informed decisions, he can also create a solid defense for you with the goal of reducing or eliminating charges by employing strategies that include:

When You’re Arrested, Call for Help

We recognize that many people coping with drug addiction need treatment and counseling—not incarceration or another harsh punishment—and we shape our approach to drug crime defense accordingly. At the law firm of Kearney, Freeman, Fogarty & Joshi, we will analyze your case thoroughly and help you make sound decisions—whether you ultimately require aggressive defense at trial or negotiation targeting a deferred sentence, treatment, or other alternatives. Call us for the legal help you need today.