Although recreational use of marijuana is still illegal in most states, the National Institute on Drug Abuse reports that it is the most commonly used illicit drug in the U.S. In Virginia, harsh penalties apply to those who are caught with marijuana, including losing a driver’s license and jail time. If you’ve been charged with possession, there are a few important things you need to know. Virginia laws are tough, but it is possible to avoid a conviction with the help of an effective attorney. 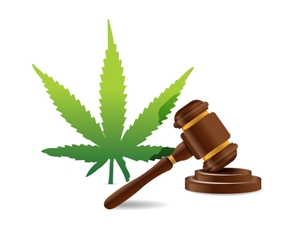 What Is Possession of Marijuana?

Virginia law defines possession of marijuana as knowingly or intentionally possessing any form of marijuana. This can include findings of any trace marijuana residue on a bong or pipe. Virginia law does make exceptions for those who have a valid prescription for specific medical conditions such as glaucoma, chronic pain, or cancer. However, if you don’t have these conditions, you may be charged with possession if you’re caught with:

Because many young people believe marijuana is a low-risk drug, Virginia takes possession of marijuana very seriously. Penalties for convictions are as follows:

It’s important to note that in some cases, a first-timer may be able to get the charge dismissed if he agrees to acquire no more offenses within 6 months, do 24 hours of community service, and submit to substance abuse evaluations and treatment programs.

To charge and convict a person with possession, Virginia must go through many complicated field and laboratory tests. Additionally, proving possession involves complicated organization of evidence and careful handling of legal standards. In short, Virginia must prove that:

What About Medical Marijuana?

Although support for both medical and recreational marijuana use is growing in the state of Virginia and nationwide, Virginia law makes few exceptions for medical use. The following are important facts about possessing medical marijuana in Virginia:

In Virginia, marijuana possession charges are serious. If you are caught with marijuana, either in the form of solids, on your person, or residue on your property, an experienced lawyer can help defend your rights.

The team at Kearney, Freeman, Fogarty & Joshi knows the specifics of Virginia’s marijuana laws and can help form a solid defense—which may help you avoid or reduce penalties. If you’re ready to speak with one of our representatives, start a live online chat on our website today.