Busy roads, tight schedules, and the mistakes of other drivers can be frustrating and make driving an unpleasant experience. Some drivers respond with anger, feel road rage, and occasionally want to harm or intimidate others on the road. This is known as aggressive driving, and it puts other drivers at risk and causes a large number of deaths on U.S. roads each year. It’s important to understand how Virginia legally defines aggressive driving, how it manifests, why it happens, and how you can avoid a run-in with an aggressive driver. 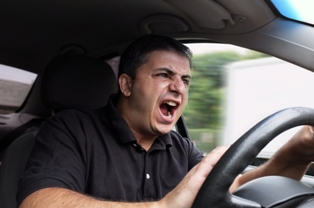 If you are involved in an aggressive driving accident, you need an attorney to help you gather evidence supporting your claim that the offender committed every part of this legal definition.

Although 80 percent of drivers perceive aggressive driving as “serious” or “extremely serious,” according to the AAA Foundation, many drivers admit to perpetrating the same violations they see as aggressive. Common behaviors associated with aggressive driving include:

Even if a driver commits only one of these acts, and a lawyer can show he created a hazard and had intent to harm, the driver could be held liable for any injuries and damages he caused.

The Science Behind Aggressive Driving

Studies have found that both psychological and biological factors contribute to aggressive tendencies in drivers. These factors include genetics, brain chemistry, and mental health issues. Additionally, people who self-identify as having a high level of anger may create a higher risk on the road because they tend to:

However, day-to-day environmental aspects can also exacerbate a person’s tendency toward aggression on the roadways, including high life stress, crowded roads, another driver’s mistakes, and being busy.

Additionally, it’s common that aggressive driving produces a sort of chain reaction. One driver may act out inappropriately, which causes another incident, and so on. Researchers speculate that this happens simply because some drivers overreact, or others may perceive even a driving mistake as an intentional threat.

How to Avoid an Aggressive Driving Accident

After a Run-In With an Aggressive Driver, You Need Help

If you or someone you love suffered injuries caused by the actions of an aggressive driver, it’s important to find an attorney who can help you understand the law, file proper paperwork, compile evidence, and fight for your fair compensation. To speak with the team at Kearney, Freeman, Fogarty & Joshi, fill out the contact form on our website today.