What happens if I’m the victim of a road rage accident with an aggressive driver?

Most drivers have seen aggressive drivers on the road. Aggressive driving is any behavior that is intended to harass, intimidate, or injure another driver. Aggressive driving can become even more dangerous with the driver exhibits “road rage” which is considered a serious criminal matter because the driver who is overcome by road rage ultimately hurts someone else. That driver may wield a weapon, run into the other driver’s car, or try to corner the other driver by jumping out of his car to physically confront him. 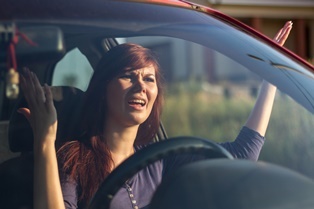 If you suffer an injury in an accident with an aggressive driving or someone engaging in road rage, they may face criminal charges. You may also file a civil case against the driver to recover damages.

Behaviors That Constitute Reckless or Aggressive Driving in Virginia

Most people know the signs of reckless or aggressive driving. These include:

Filing a Civil Claim After a Road Rage Accident

Whether or not the at-fault driver is been charged with a misdemeanor in an aggressive driving incident, you can still file a personal injury lawsuit if you suffered injuries during the accident. You will have to show that the other driver violated one or more of the offenses listed in the Virginia Code, and the driver had the intent to harass, intimidate, or injure another person.

Your chances of making a fair recovery of damages after a road rage accident is better with the help of an experienced lawyer. Your lawyer can help deal with the complexities of a complicated aggressive driving case, including police investigators, eyewitnesses, insurance companies, medical expenses, and in some cases, wrongful death.

Please contact us for a free, no-obligation consultation to learn about your rights and to discuss the details of your case.