Virginia is Under Pressure to Toughen Drunk Driving Laws

The Virginia legislature was recently served with some sobering news. Federal highway funds may be restricted if the state doesn’t toughen its drunk driving laws. The federal government has, in the past, attempted to tie federal funding to a requirement that states replicate federal standards. This encourages states to pass tougher laws in compliance with national guidelines. Virginia and approximately two-thirds of the other U.S. states are facing increased pressure to take a harsher stance against drunk driving or face significant cuts in highway funding. 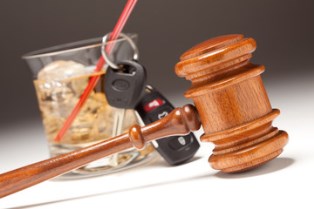 According to the National Transportation Safety Board (NTSB), one-third of all U.S. traffic deaths are alcohol-related. The agency has cited research showing that most drivers experience a decline in cognitive and visual function when they reach a BAC of .05 and advocate lowering the legal limit for drunk driving from .08 to .05 BAC in all states.

Additionally, statistics show that someone dies in a drunk driving crash every 51 minutes or is injured in one every two minutes. And two out of every three people will be involved in a crash involving alcohol. Before his first arrest, the average drunk driver has driven while under the influence 80 times.

The NTSB further recommended that states vastly expand laws permitting police to confiscate licenses from those drivers exceeding the BAC limits. The agency is also pushing for laws requiring all first-time offenders to install ignition locking devices. This expensive equipment prevents vehicles from starting until breath samples have been analyzed. Since the NTSB is influential regarding matters of public safety, the agency’s stance on various issues can spur action from like-minded legislators and transportation agencies nationwide.

While reducing drunk driving rates among American motorists is a worthwhile goal, federal efforts to pressure states into strengthening certain alcohol-related laws can place a tremendous burden on the accused. For instance, if a first-time offender is held to harsher consequences for a temporary lapse in judgment, his future employment and earnings opportunities may be severely restricted.

For example, the first-time offender may be forced to temporarily give over his license or serve significant amounts of time doing community service. If this happens, the offender may have difficulty getting to work and earning a living to support his family. Consequently, his income and family situation could be negatively impacted. And installing an expensive ignition interlock system could present a financial burden for someone who can’t afford one.

Reducing drunk driving rates is an appropriate goal. But Virginia and other states facing highway funds restrictions must be careful in how they alter related laws to suit the desires of the federal government. Every restriction placed on the shoulders of citizens bears real consequences, and it isn’t always advisable to disproportionately burden first-time offenders in the name of safety, depending on the unique circumstances of every single case.

If you’ve been charged with a DUI/DWI in Virginia, our experienced Fairfax criminal defense lawyers can provide the representation you need. Contact the Law Office of Kearney, Freeman, Fogarty & Joshi, PLLC, by clicking the Live Chat button on this page.