Rear-End Collisions Are the Most Common Type of Car Accident, and Can Cause Serious Injuries 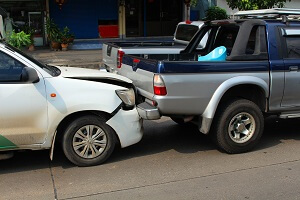 Among the most disturbing thoughts when driving is the possibility of another vehicle unexpectedly hitting your car from behind. Feelings of vulnerability and lack of control often accompany such thoughts, as there is little you can do to prevent this type of car accident. Not only is a rear-end collision a frightful scenario, such collisions can cause many types of injuries. Drivers and passengers in this type of collision often suffer neck or back injuries, even if the damage to the vehicle is minimal. In more extreme cases, spinal cord injuries or traumatic brain injuries can also occur, both of which can have significant and permanent effects on your health and well-being.

A Profile of Rear-End Collisions

The study's findings highlight the need for drivers to leave more space between themselves and the car in front of it and to avoid engaging in distracting activities such as texting or using cell phones. Unfortunately, despite the danger, many drivers will continue to give staying connected a higher priority than roadway safety.

If You've Been Rear-Ended and Suffered Serious Injury, Our Car Accident Attorneys Can Help

If you or a loved one has been injured in a rear-end collision, driver negligence may be to blame. Insurance companies will likely offer you a quick settlement before you are aware of the full extent of your injuries. Accepting this quick settlement may leave you unable to pay to repair your car properly and receive the medical treatment you need to recover fully.

Our experienced car accident attorneys will fight for your right to a fair settlement and are dedicated to assuring that the responsible driver is held accountable for his or her carelessness. Our office headquarters is conveniently located in Fairfax, VA, and we're proud to serve of Washington, D.C., Maryland, and all of Northern Virginia as well. Contact us at 703-691-8333 to schedule your free consultation with Kearney, Freeman, Fogarty & Joshi, PLLC.