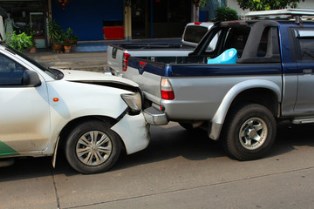 There are a variety of ways a rear-end collision can occur, including:

Rear-end collisions are generally considered the fault of the driver in back who strikes the vehicle in front, although this isn’t always the case. Since motorists sometimes stop suddenly due to heavy traffic or road hazards, every driver is expected to follow the car in front at a safe distance. Therefore, any driver who rear-ends another vehicle is likely to be considered at least partly at fault. It is possible, however, for the driver of the vehicle in front to share responsibility for the accident. Should he stop suddenly without reasonable cause, fail to yield to traffic, or if his brake lights are faulty, he could be considered partially responsible for the accident.

Virginia is one of only a few states that uses the pure contributory negligence rule. This means, if you are involved in a collision in which you are considered to be even one percent at fault, state law prevents you from recovering any damages whatsoever. If, for example, your vehicle is struck by a vehicle from behind while you’re sitting at a red light, but you have a malfunctioning brake light, you may be considered partially responsible for the accident. In this case, you would be barred from receiving any compensation.

If you’ve been injured in a rear-end collision, you need professional representation by an experienced attorney. Due to Virginia’s pure contributory negligence rule, if you’re found to be even marginally at fault in an accident, your ability to recover may be in jeopardy. You need an attorney with the experience to show that you’re not liable. Contact the vehicle accident attorneys of Kearney, Freeman, Fogarty & Joshi, PLLC, by using the form on this page.