When You’re Charged With Burglary

Criminal statutes covering burglary, larceny, breaking and entering, and a range of other theft offenses in Virginia, D.C., and Maryland are multilayered and complex. It may be challenging to understand the full extent of the consequences you face if you have been arrested or come under investigation for this type of crime. However, if you’re accused of burglary, it’s important to understand the possible charges, the penalties, and how an attorney may be able to defend you. 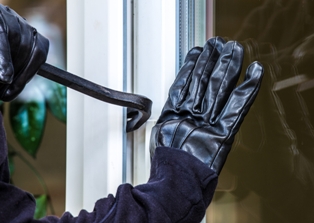 The fines and amount of jail time associated with burglary charges will depend on factors such as:

Most all burglaries are charged as serious felonies. If you are accused of entering a home or business with intent to commit any crime, and if you have burglary tools or stolen property, you may face serious penalties. Possible penalties include:

A Skilled Criminal Defense Attorney Can Defend You

Because most burglaries are charged as Class 2 or 3 felonies under Virginia law, it’s essential to work with a lawyer who will challenge all aspects of your case and use all possible defenses. Your lawyer may be able to use any of the following defenses to get your charges reduced or dismissed:

Your attorney may also consider a plea deal to lower the charges and penalties.

Our Team of Lawyers Is Here for You

You may feel worried about these burglary charges, but you don’t have to face the law and your defense alone. The legal team at Kearney, Freeman, Fogarty & Joshi has been defending clients in Fairfax and throughout Northern Virginia against harsh charges for years, and we’d like to hear about your case. Begin a conversation with one of our representatives today by starting a live online chat on our website.