Currently, the blood-alcohol content (BAC) limit for driving in Virginia is 0.08. For the average male, this amounts to approximately three drinks in one hour. For a woman, it is often less. However, the National Transportation Safety Board (NTSB) believes that a .08 BAC limit is too high and wants to see it lowered. But lowering this limit will have little impact on drunk driving accidents. It will, however, punish responsible drivers who simply want to relax and enjoy a beer after work. 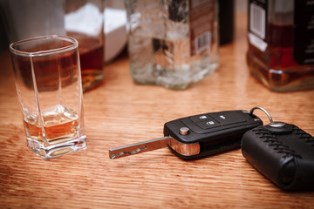 Having a drink with your meal before driving home is usually perfectly safe, but the NTSB wants to lower the BAC limit, and this may prohibit some drivers from having anything to drink with dinner before getting behind the wheel. The law in all 50 states says that individuals with a BAC of .08 or greater aren’t safe to drive. But now, the NTSB wants every state to lower the BAC limit to .05.

The NTSB is an independent federal agency is responsible for the investigation of transportation accidents. The agency lacks the power to compel states to comply with its recommendations, so each state is free to accept or reject the NTSB proposal to lower the BAC. Should Virginia comply with the agency’s wishes, many individuals who are capable of driving safely after one drink will likely be convicted of drunk driving.

The Problem With Lower Limits

If the idea behind BAC limits is to keep impaired drivers off the road, further lowering the legal limit isn’t likely to accomplish that goal. Preventing accidents caused by driver impairment is an objective worth supporting, but lowering the legal BAC limit is likely to only impact moderate drinkers who aren’t a threat to public safety. The NTSB recommendation of a .05 BAC limit is so low, that a 120-pound woman could face criminal charges for driving after consuming one drink. A couple of beers with dinner might push a 150-pound man over the legal threshold. Our drunk driving laws should target hard-core offenders, not responsible social drinkers.

According to the American Beverage Institute, 70 percent of alcohol-related traffic deaths are caused by drivers with a BAC exceeding .15, nearly double the legal limit. Meanwhile, only about 1 percent of traffic fatalities were caused by drivers with a BAC between .05 and .07. Lowering the BAC limit from .08 to .05 will do nothing to prevent the vast majority of drunk driving accidents. The policy recommendation is such a poor idea that even Mothers Against Drunk Driving (MADD) has refused to support it. The founder of MADD, Candy Lightner, has referred to the plan as “impractical” and “a waste of time.”

Law enforcement resources are limited. With a stricter BAC, the same number of police officers will be chasing many more offenders. Officers who devote time and effort to pursuing drivers who barely exceed the legal limit won’t be available to arrest those with a BAC that is two or three times higher. Strict enforcement of existing laws against highly intoxicated drivers who are repeat offenders is likely to be a far more effective solution. Ignition interlocks can also be used to disable the most irresponsible drivers without inconveniencing social drinkers who aren’t a threat to anyone.

You Need a Criminal Defense Lawyer

Drivers charged with a DUI face serious potential consequences, including the loss of driving privileges, heavy fines, and even jail time. If you’ve been charged with a DUI, you need professional representation from an attorney you can trust. Contact the criminal defense lawyers of Kearney, Freeman, Fogarty & Joshi, PLLC by using the form on this page.