All drug charges are serious, but those involving the sale or distribution of illegal substances can be particularly devastating to your future. Unless you are caught with less than half an ounce of marijuana, you may be facing felony charges for the distribution or sale of drugs in Virginia. Manufacturing, possession with intent to distribute, distribution, and sale of illegal drugs are all considered the same offense under Section 18.2-248 of the Code of Virginia. Conviction may result in prison time, fines, and a criminal record that can impact your employment and educational opportunities for years to come. 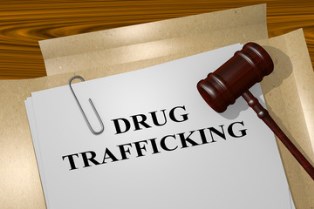 For the state of Virginia to prove that an individual intended to distribute drugs, there must be evidence that the drugs in his possession weren’t merely for personal use. The law considers several important factors in drawing a distinction between distribution and possession, including:

These factors will likely influence the severity of a drug distribution charge:

Possession of even a modest quantity of a Schedule I or II drugs may result in distribution charges. Law enforcement will attempt to collect additional evidence such as currency, drug packaging, and scales to demonstrate that there was intent to distribute a controlled substance. Applicable penalties depend on the drug classification and may include:

Schedule I: These drugs are considered the most dangerous, with a high potential for abuse. They include heroin, ecstasy, and LSD. A conviction for the sale or distribution of smaller amounts of these drugs may result in a prison sentence of five to 40 years and up to $500,000 in fines. If the conviction involves trafficking in large quantities of these substances, the penalty is five years to life and a fine of up to $1,000,000.

Schedule II: Methadone, cocaine, and PCP also have a high potential for abuse and a serious risk of addiction. However, unlike Schedule I drugs, these have an accepted medical purpose. Distributing these drugs carry the same penalties as Schedule I controlled substances.

Schedule III. This class of drugs is less addictive than those in Schedule II and includes hydrocodone, codeine, and anabolic steroids. Attempted distribution of these substances may result in a prison sentence of one to 10 years.

Schedule IV. These are prescription drugs with a limited risk of addiction such as Xanax, Valium, and Ambien. Attempting to distribute them can result in a prison sentence between one and five years.

Schedule V. These drugs, such as codeine cough syrups, have a low potential for abuse and little addiction risk.

Marijuana. Virginia has statutory guidelines for charges regarding the distribution of marijuana: